Buying a Minneapolis Condo–then rehabbing it… 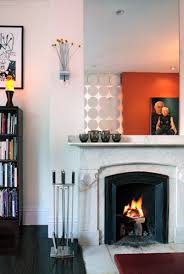 There are 2 types of buyers in the Minneapolis Condo market right now.  Buyers looking for a move in ready look where the future owner merely has to unpack their items without any updates to the space.  Then there are buyers looking for a bank owned condo that will likely need a fair amount of elbow grease.  As the inventory in Minneapolis shrinks for move in ready product it becomes increasingly interesting to see some how some of the bank owned units and those in sub par condition (i.e. estate sales or investor buys) become targets for buyers looking to start with a blank slate and work with an architect and builder to customize the space.

Going this route in a condo purchase is not an easy one.  It takes the right team of individuals to source out a condo and create a plan for the rehab that fits within a budget.  Safe to say 95% of buyers out there come to the market looking to stick within a budget!

Depending on the size and scope, working with an architect to design the layout and create a set of plans for the build could be advantageous and mitigate a fair amount of stress in the project.  Having a builder work closely with the architect to understand what is to be built along with putting together a scope of materials used to keep the budget on par is essential.  Finding an architect who was worked with a builder and had success is critical you having a good experience.

Once a buyer finds a condo, successfully negotiates and closes they are left with signing a contract with the builder to demo and build out the space.   What we are finding in the Minneapolis condo market is that there are a fair amount of architects out there that will take on projects on an hourly basis so as not to absorb more than 3-5% of the total budget for the build out.

Demand for apartments could be the solution for condo oversupply in many U.S. downtowns.

Busted condo projects have stalled downtown revitalization efforts throughout the country. But help is on the way as these developments get restructured and are converted to rentals.

Take the case of San Jose, Calif., which has been trying to develop a vibrant downtown since the mid-1980s. Over the years, roughly 4,500 rentals and condominiums have been built downtown. The San Jose Sharks, a National Hockey League team, began playing there in 1993. Restaurants have opened, and a theater has been refurbished for opera.

But the downturn waylaid one of the critical pieces of the revitalization effort. A luxury 23-story condominium tower, which officials had hoped would help bring a critical mass of residents downtown, was originally slated to be finished by 2009, according to Harry Mavrogenes, executive director of the San Jose Redevelopment Agency.

Construction costs ran over budget, however, and developers couldn’t sell units in the $750,000 price range as hoped. Now, the curvy Three Sixty Residences is still empty after completion in early 2010, Mavrogenes says.

The gridlock is now set to ease as a Beverly Hills, Calif., real-estate company has cut a deal to buy the property’s $119 million construction loan at a discount from U.S. Bank. If the deal is successful, real-estate investment firm Kennedy Wilson plans to foreclose on the property and convert it into a rental, Mavrogenes says.

That would likely be good for San Jose. Although buyers are arguably more desirable residents than renters, getting more bodies downtown is paramount to keep the revitalization energized.

“Empty buildings stop revitalization cold,” says John McIlwain, a senior fellow for housing at the Urban Land Institute. “You want to get it occupied so you can get the people in there who can support the stores.”

Similar stories are playing out in downtowns throughout the country that are suffering from a glut of empty condos. These projects failed because developers couldn’t sell at the prices they needed to pay off their construction loans.

But opportunistic investors who buy that debt at a discount or take over the projects in another way typically can make a profit renting out units at market rates.

Victor Calanog of Reis Inc., a real-estate research firm, says busted condos have hit Phoenix, Miami and other overbuilt housing markets the hardest. He estimates that about 6,300 failed condo units were converted to apartments from 2008 to the third quarter of 2010 nationally and that an additional 10,000 former condos are expected to be added in the next two years.

The conversion strategy is working partly because the rental market is faring better than most other commercial property types. Average vacancies in the major apartment markets nationwide fell to 7.1% in the third quarter of 2010, from 7.9% in the same period in 2009, and average monthly asking rents increased 0.5% from the second quarter to $1,037, Reis says. At the same time, U.S. office, retail and warehouse vacancies and rents are still deteriorating or stabilizing.

Part of the reason for this strong performance is that new development of rental apartments has been limited in recent years.

New supply is coming on the market from busted condos and single-family homes now for rent. But in many cities, this source of supply hasn’t been enough to halt rising rents, given the size of the market. There are an estimated 10 million apartment units in major U.S. cities, Reis says.

“In many markets, the recovery is just powering through the repurposed condos,” Calanog says.

Kennedy Wilson is betting that San Jose will be one of those markets. The San Jose rental market does look particularly promising: At 3.9%, its third-quarter vacancy rate is the third-lowest of the nation’s major metro areas. It also reported the 10th-strongest asking-rent growth, rising 1.1% from the previous quarter to average $1,515.50 a month, Reis says.

Three Sixty Residences was built by Mesa Development LLC of Chicago. The project is one of the most luxurious apartment buildings downtown, with a pool, kitchens featuring Italian cabinetry and views of the Santa Cruz Mountains. Analysts predict two-bedroom units could fetch between $2,600 and $3,200 a month as rentals.

It is also one of four downtown condo towers that were conceived near the peak of the housing boom and that bring more than 800 units to the market. But those projects are faring somewhat better. A spokesman for the 88, one of the other new downtown towers, says more than 55% of its units have sold.

By Maura Webber Sadovi of The Wall Street Journal

Snow in the City

Its no small feat that Minneapolis was able to clear itself from one of the biggest winter storms to hit the Midwest is quite some time.  Below are the photos to give you an idea if you are planning to make Minneapolis your future home.  It makes underground heated parking in any Minneapolis condo look really attractive right now!

One of the most recently completed buildings to change the skyline of Minneapolis has been Skyscape Condominiums.  This 27 story building is located right next to Grant Park Tower and the Ivy Hotel+Residences in Elliot Park, an urban  neighborhood on the southeastern side of the city dotted with mostly historical brownstones.  Skyscape is mixed-use which means there is a great commercial component on the first floor of the building.  Currently there is a CVS Pharmacy that operates on the first floor of the building.

To the residents that live in Skyscape, the main attraction has always been access to the city skyways and light rail transit that connects the city with the Mall of America and the Minneapolis Airport.  Living only blocks away from jumping into the Skyway has made the urban commute enjoyable and now bearable for some during the Winter season!