Brenda in the Mill District

After the sequel to Snowmageddon recently pounded Minneapolis any glimmer of hope that temps would stay consistently above 40 degrees was a light at the end of the long cold winter.  Lucky for us the it’s only a matter of time before the temps and the Mill City Farmers Market opens for 2011!  Check out all of the vendors who plan to sell their wares this year!

The idea behind the maket come from none other than Brenda Langton of Spoonriver Restaurant located right near the entrance of the market along 2nd St S and Chicago Ave.  The market has been in operation since 2006 nd since the beginning she has had the vision to promote local, sustainable and organic agriculture, increasing economic opportunities for farmers, urban youth, small businesses and food artisans. To offer experiential learning about and access to healthy local foods, and build a vibrant gathering place for Minneapolis residents and visitors.

Having a good job, steady income and good credit will go a long way in helping borrowers secure a home mortgage, but they may not be enough when it comes to buying or refinancing in certain condominium buildings.  Stricter guidelines that govern which buildings are approved for conventional mortgages — rolled out by three government agencies in stages since December 2008 — are locking out thousands of buildings nationwide. States like Florida and Arizona are especially hard hit; mortgage brokers say that some buildings in the New York area have also been affected.  The guidelines and approvals come from Fannie Mae, the buyer of home mortgages; Freddie Mac, its smaller competitor; and the Federal Housing Administration, which insures loans. The rules were meant to help strengthen their balance sheets as they faced a surge of loan defaults in the condo market.

“If a condo project is not approved, it makes it very difficult to get financing for a first-time purchase or refinancing,” said David Adamo, the chief executive of the Luxury Mortgage Corporation in Stamford, Conn.

The National Association of Realtors estimates that 23,000 condominium projects nationwide are on the verge of losing their F.H.A. approval by spring. Some 2,200 buildings with older approvals lost their status in December. Last month, though, the F.H.A. granted extensions.

Lists of approved buildings are available online at Fannie Mae and the F.H.A.Fannie Mae’s guidelines typically preclude it from buying a new-purchase condo loan from a lender if more than 15 percent of the owners in the condo development are 30 days or more late on monthly maintenance fees. (The provision doesn’t apply to an owner seeking to refinance a Fannie Mae loan.)

Other hurdles: Condo associations are required to set aside 10 percent of their budgets for maintenance and “reserves”; and new developments are ineligible for Fannie-backed financing unless 70 percent of their units have sold or are under contract (the threshold used to be 51 percent). Freddie Mac adopted similar guidelines last year.

There are exceptions. “We do entertain waivers on our condo criteria, depending on the nature and circumstance,” said Janis Smith, a Fannie Mae spokeswoman, “when the lender makes a rational, fact-based request for the exception.” Last year, Fannie approved 93 percent of the 1,700 condo buildings in New York that applied for waivers.

The F.H.A., meanwhile, requires that at least 50 percent of a building’s units belong to owners who occupy their units, and that no more than 10 percent be owned by a single investor. The agency requires that a homeowners’ association set aside 10 percent of its budget for maintenance and capital expenditures. If the budget does not meet those requirements, the lender can request a reserves study to gauge the building’s financial stability.

New buildings are ineligible for F.H.A. financing unless 30 percent of their units have sold.

“The biggest problem we’re running into now is that a lot of condos are not meeting the minimum reserve requirements,” said John Manning, a mortgage broker in Brooklyn.

In addition, he said, homeowners unable to sell their condos have been subletting them, particularly in Battery Park City, a move that could lower the owner-occupied ratio below the agency minimum. “We have a lot of buildings that are teetering on the brink” of eligibility, he said.

Steven Campbell, a loan officer at the Mortgage Assistance Company in Plainville, Conn., says that condo owners thinking of refinancing should ask their homeowners’ association for copies of the budget and its financial questionnaire, a detailed form consumers submit to lenders for a loan or refinancing.

If a building is not yet approved, owners can hire a real estate lawyer or broker to submit the required paperwork, said Graham Lefloch, a broker at WC Financial in Stamford, Conn.

By LYNNLEY BROWNING from the New York Times

Gas Prices driving the change to live in Downtown Minneapolis?

I have noticed more and more, when I sit down with clients to find out the reason for choosing to live in downtown Minneapolis over the burbs a big issue that comes up is: Transportation Costs.  As gas prices trend upward it has struck a nerve with Buyers and the market is responding.  We are seeing much more Buyer and Seller activity within the downtown core than anywhere else in the market right now and to be honest I don’t see this changing anytime soon.  In the past Buyers lived the urban life for a variety of reasons.  Now Buyers are being lured into city living now for some very specific economic reasons-transportation costs.  It is universally accepted that low gas prices-while they move up and down a bit-are a thing of the past in our country.  As this happens I see more Buyer’s taking a step back and asking a serious question: How much time and money do I want to spend commuting? 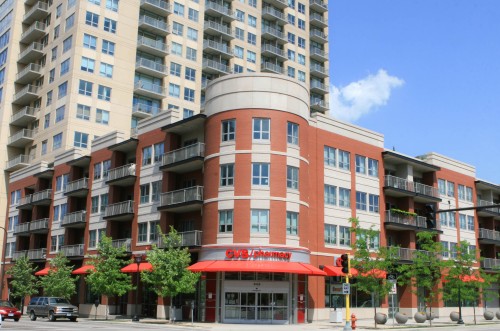 One of the most recently completed buildings to change the skyline of Minneapolis has been Skyscape Condominiums.  This 27 story building is located right next to Grant Park Tower and the Ivy Hotel+Residences in Elliot Park, an urban  neighborhood on the southeastern side of the city dotted with mostly historical brownstones.  Skyscape is mixed-use which means there is a great commercial component on the first floor of the building.  Currently there is a CVS Pharmacy that operates on the first floor of the building.

To the residents that live in Skyscape, the main attraction has always been access to the city skyways and light rail transit that connects the city with the Mall of America and the Minneapolis Airport.  Living only blocks away from jumping into the Skyway has made the urban commute enjoyable and now bearable for some during the Winter season!

Over the past few years there have evolved a few sites on the web that give anyone relatively easy access to real estate listings all over the country. Recently the site Trulia has taken things a step further by incorporating the mounds of data from the MLS (local Real Estate listing service) and google maps together on one site. Since its launch in September of 2005, the site has grown to 1.5 million unique monthly visitors with 2 million properties for sale. The site’s “heat maps” allow users to compare prices and popularity by state, county, city or neighborhood. The local real estate guides provide information such as sales statistics, real estate price trends and community information such as crime statistics. Click the picture below for a tour. 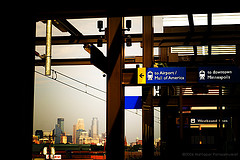 Okay, so you have begun the google search for your next move when you start seeing some significant pricing differences between listings in Minneapolis and those in St Paul. Case in point: the typical 1000 square foot condo in St Paul sells on average for 180k however that same condo in Minneapolis sells for a whooping 230k! Yikes! Why such a difference in price you ask? The answer has always been the same: LOCATION, Location, location!

The next question that buyers almost always ask me is: So which city should I really be investing in? Minneapolis or St Paul? The answer is it really depends on a number of fundamental buying questions you need to be asking yourself.
The first question you need to ask yourself is: what is my true motivation for going urban? Is it merely wanting to have a shorter commute to work every day? Or is it because you want easy access to all the restaurants and cafes the city has to offer? Or are you just short for spare time and looking to avoid those maintenance related issues if you took the house option in lieu of a condo. I think these are all good and rational points to be had. However depending on how you answer this could determine which city makes the most sense. If you happen to work for a company such as Lawson Software its logical to think St Paul. However its Minneapolis that has plenty of restaurants and cafes to keep anyone busy trying new eats all the time.

The root of this discussion comes down to two different paradigms buyers fall into one way or another.  One rational is that because pricing in St Paul runs a bit lower I can get more condo for my money.  The other rational is to buy in Minneapolis with the understanding that you are paying a premium for the area and more importantly the lifestyle that goes along with it.   Minneapolis has a fair amount of condos relative to St Paul.  Minneapolis has plenty of infrastructure for many residents to work and live downtown without running out the to burbs for much.  On the price spectrum Minneapolis does have many more higher-bracket condos which influence median prices as well.  Looking at past data as well Minneapolis has done better for appreciation than St Paul on any price point.  So ultimately if you do buy in Minneapolis there is a premium paid however you are buying in a more desirable area the long term appreciation should offset the premium.